Students hit by Ida turn to TikTok to share their experiences 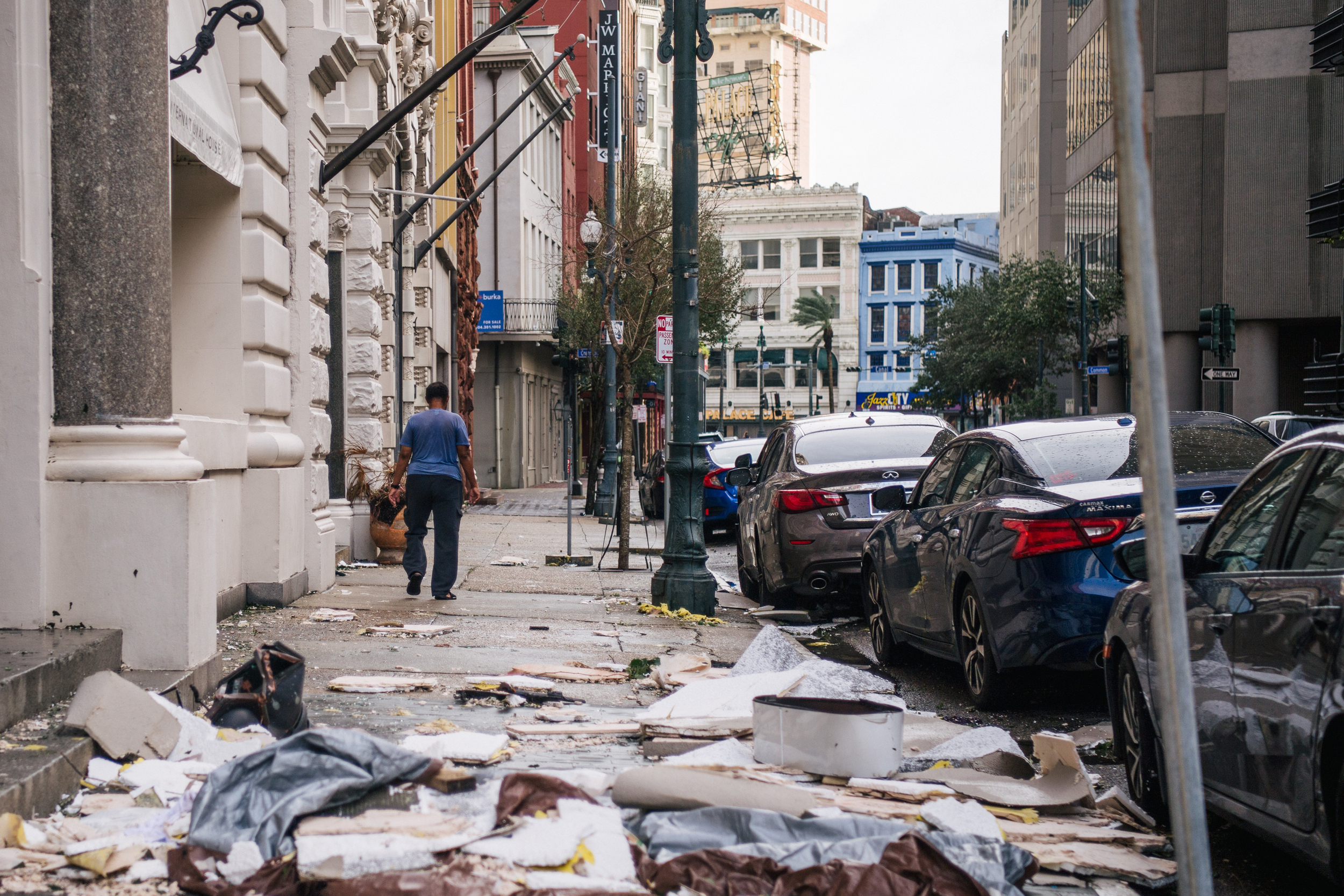 The dorms at Louisiana State University in Baton Rouge had mostly emptied by Sunday afternoon as Hurricane Ida roared through the state.

But freshman Adrianne Bajon, 18, and a small group of friends, unable to evacuate because of a lack of gasoline, stayed behind. As they hunkered down, the small group of about seven students played Uno, watched “Cloudy with a Chance of Meatballs” and documented everything they could on TikTok.

The videos posted by Bajon, a computer science and software engineering major, racked up millions of views.

“I was like: ‘Wow. I got a lot of views on that one.’ People wanted updates, so I was posting, like, lighthearted, funny videos of me and my roommates. I want everyone to know we’re OK,” Bajon said.

Bajon isn’t the only student sharing their experiences on TikTok. Since Ida made landfall Sunday, students across Louisiana have shared their experiences sheltering at their colleges and universities on the platform.

Students who spoke with NBC News said finding ways to laugh helped them cope with the reality of what was happening outside their windows.

Ida dumped rain and caused flooding throughout the region. Just over 1 million homes and businesses remained without power across the state Monday afternoon, including all of New Orleans and Orleans Parish, and 911 lines were down across southeastern Louisiana.

At least one death was reported in Louisiana, that of a 60-year-old man whose home was struck by a falling tree.

Gov. John Bel Edwards said Monday on NBC’s “TODAY” show that the damage is “really catastrophic” in southeastern Louisiana and that officials believe the death toll could rise “considerably.”

Ida weakened to a tropical storm Monday and was moving through Mississippi, knocking down trees and power lines.

Bajon said she hadn’t spoked to her parents, who live about 20 minutes east in Denham Springs, since Sunday afternoon after their power went out. She said she believes that their phones are dead and that they don’t have cellular service.

Some students said that LSU and Tulane initially lost power but that generators have since been turned on, allowing them to use Wi-Fi and to charge their phones.

Jake Moubry, 18, a freshman at Tulane, posted a TikTok of a rations bag he was given by the school, remembering how students at New York University went viral last year for sharing meals they were served in quarantine.

“It wasn’t, like, fun or a joke. … It was, like, something I was trying to make light of a situation that wasn’t the best, but it definitely could be a lot worse,” he said.

In his video, which has been viewed more than 53,000 times, Moubry shows some of the food given to him by Tulane, including a giant loaf of sourdough bread, two bags of Doritos, apples, Chef Boyardee beef ravioli and Snickers bars.

A comment on Moubry’s video noted how bizarre it was to view his experience on social media.

“Natural disasters are so much more interesting in today’s time,” the comment read.

About a dozen other students at Tulane showed off the rations on TikTok. Moubry said that even though some of the videos seem snarky, the school had taken excellent care of the students who remained sheltered there.

“I’m really grateful that I was here of all places for the storm,” Moubry said.

Previous Virginia school board agrees to $1.3M settlement over transgender bathroom policy
Next Prisons prepared to release up to 1000 inmates if outbreak worsens