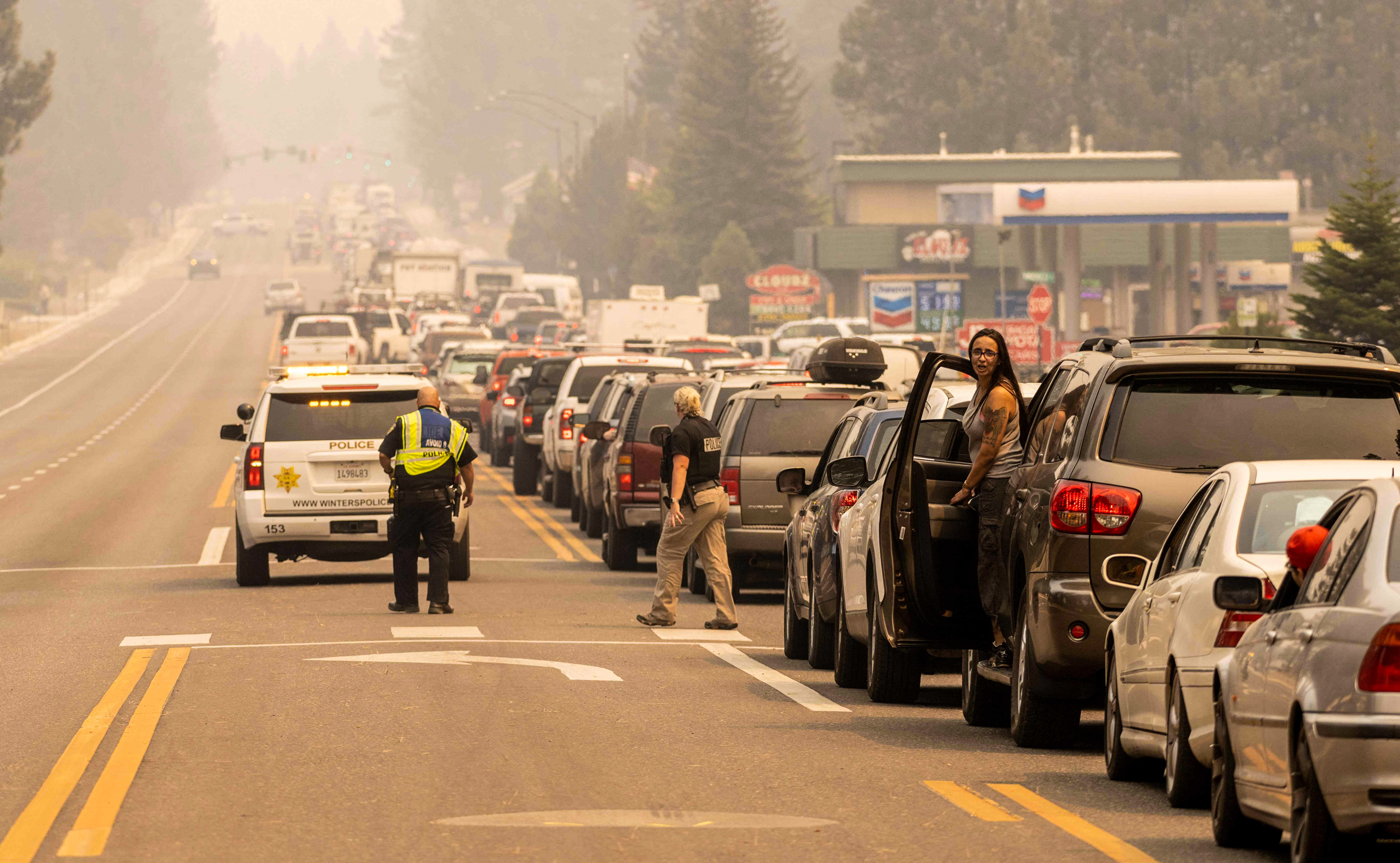 NBC Los Angeles reported vehicles loaded with bikes and camping gear and hauling boats snaked through thick, brown air that smelled of fire. Police and other emergency vehicles sped by.

“This is a systematic evacuation, one neighborhood at a time,” South Lake Tahoe police Lt. Travis Cabral said on social media. “I am asking you as our community to please remain calm.”

Monday’s evacuation orders come a day after communities several miles south of the lake were abruptly ordered to evacuate, per NBC Los Angeles.

On Sunday, flames moved through mountains just a few miles southwest of the Tahoe Basin, where thick smoke sent tourists packing at a time when vacations would typicalls be in full swing ahead of the Labor Day weekend.

The Caldor Fire, which broke out August 14 was 19 percent contained Sunday after burning nearly 245 square miles — an area larger than Chicago. More than 600 structures have been destroyed, and at least 18,000 more were under threat.

The terrain in the area is making the fire difficult to contain, officials said.

Some areas of the Northern California terrain are so rugged that crews had to carry fire hoses by hand from Highway 50 as they sought to douse spot fires caused by erratic winds.

This Site For Sale.
If You Want To Buy The Website
Please Direct Contact On Live Support
Powered by Ustreama | Designed by Milon Shil
© Copyright 2022, All Rights Reserved
//ugroocuw.net/4/4419824